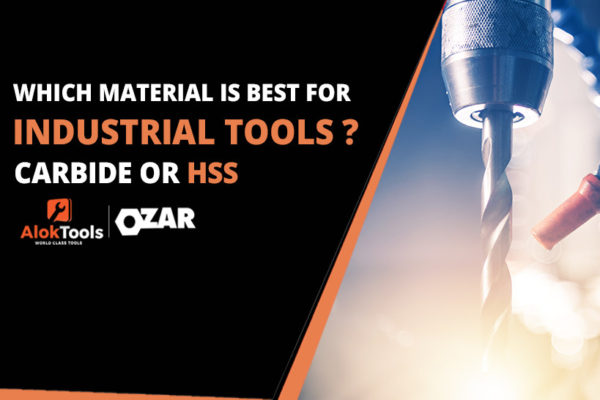 Carbide or HSS – Which Material is Best for Industrial Tools. Find Out Now.

Here, at Alok Tools, we are often posed one question by our customers, “Should I choose high-speed steel or carbide for our tools?”

There’s no single answer to this question. You have to consider several factors like tool size, tool life, tool type, usage, application and of course, the cost before you can decide on the answer. In today’s post, we discuss the pros and cons of both these commonly used materials for tools. We also help you understand when to use which material.

High-speed steel (or HSS in short) is steel used for making tools that contain large amounts of tungsten. The general composition of HSS is – tungsten (18%), chromium (4%), vanadium (1%), carbon (0.7%) and the rest iron. HSS tools have a hardness rating of 62 to 64 Rc. By adding cobalt (5 to 8%) to HSS, you can add high strength to it and improve the resistance of the material. Typically, tools like drills use HSS with added cobalt.

Carbide or cemented carbide is a hard material used in the manufacture of cutting tools. Carbide is cemented together using a binder material. Titanium carbide (TiC), Tantalum Carbide (TaC) or Tungsten Carbide (WC) is used as the aggregate.

High-Speed Steel Vs. Carbide – A Showdown 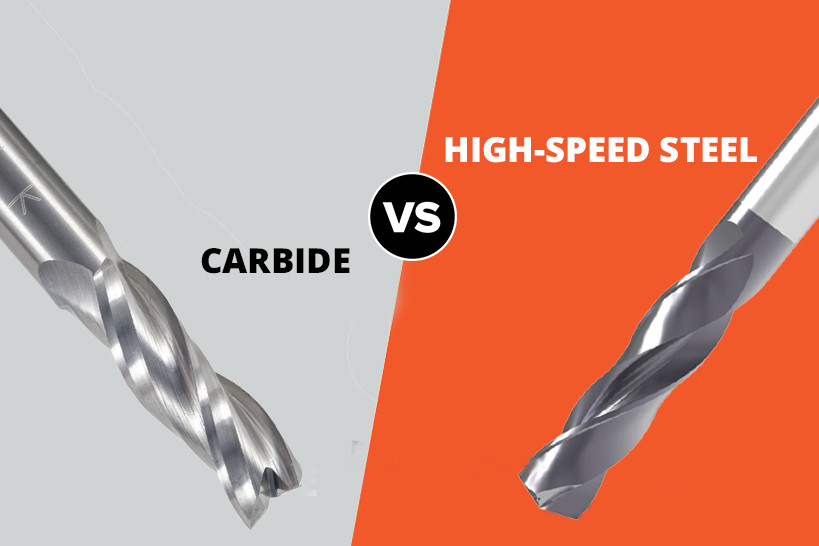 Carbide is harder than HSS, making carbide tools have a longer life than conventional HSS tools. However, though carbide is extremely hard, it could become brittle with usage. This means the cutting edge on carbide tools are likely to chip or fracture in certain conditions.

Applications in which HSS excels over Carbide:

Now, that you’ve seen the two main deciding factors, let’s take a look at the common machining operations so that you get a clear picture of when to use HSS or carbide tools.

If your application requires high-volumes of hole production, then it makes sense to invest in carbide drills, despite the initial higher cost. Carbide drills with internal coolant ducts work well for deep, high-volume holes.

Additionally, carbide drilling is the best way to produce holes faster and more efficiently in a wide range of metals, because of the higher cutting speeds that can be achieved. Sometimes the cost of investing in carbide tools can also be justified in low-volume production due to its capability to drill holes in metals with high hardness.

HSS drills have a wide range of applications like – short batch runs, handheld machining and more. They are tough, and the lower initial cost makes them a great choice for hand-held drilling, deep hole drilling, stack drilling, and other applications, where an internal coolant is not available.

When it comes to tapping, HSS tools are typically the first choice. They are mostly used for internal thread production. Given their general toughness, HSS tapping tools are also used for MRO (Maintenance-Repair-Operations) industries. The most common types of taps used are straight flute taps and hand taps. HSS taps are also used in large volume applications.

Carbide tips are not used much because of the brittleness of carbide. When tapping, it tends to chip and crack. As noted above, HSS has higher toughness compared to carbide, which makes the former a better choice for tapping.

Tapping by itself is a slow speed, high feed process, and the toughness of HSS makes it a superior performer for this operation compared to carbide.

With that said, there are some specific tapping applications where carbide works better. They are:

HSS endmills are mostly used for manual milling, less rigid set-ups, and smaller volumes. However, of late, usage of HSS in milling has significantly reduced.

Introducing another Choice, the HSS PM

High-speed steel Powder Metallurgy is a recent development and aims to overcome the cons of both Carbide and HSS. As the name implies, HSS PM is made from a powder, just like carbide. This means, HSS PM has a finer grain structure, thereby offering better hardness compared to conventional HSS, while still retaining toughness.

With HSS-PM, you can have tools that last longer than conventional steel, while being tougher than carbide. Industry experts believe that HSS-PM is the answer going forward as it offers the best of both worlds.

Ultimately, finding the right tool material – HSS, Carbide or HSS PM – depends on your application type and your operational conditions. We hope this post gives you a clear idea of the different types of materials used in making tools. We are leading carbide cutter manufacturers in India. If you have any further questions, drop in our queries to our team, and we would love to help you find the perfect for your application. 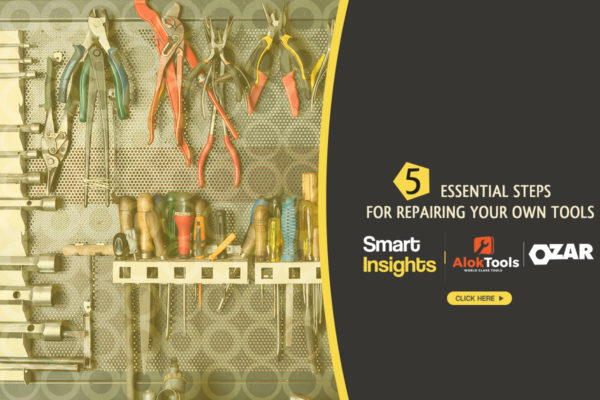 The 5 Essential Steps To Repair Your Own Tools 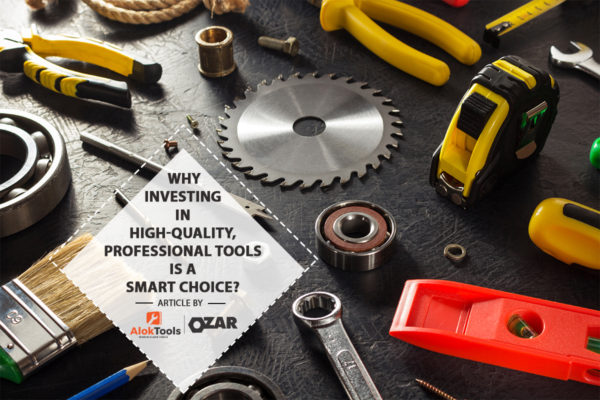 Why Investing in High-Quality, Professional Tools is a Smart Choice? 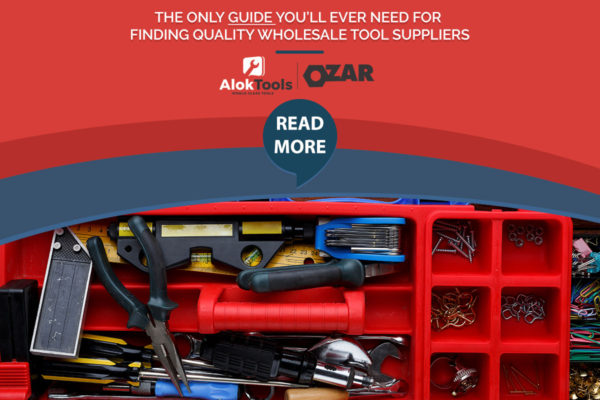